Bosley is situated approximately 5 miles to the south side of Macclesfield.

Mentioned in the Domesday Book as Boselega, Bosley is a small but somewhat scattered village with a population of approximately 350, nestling at the foot of the Pennines and five miles south of Macclesfield. Lying on the verge of the county and separated from Staffordshire by the River Dane, it is mostly a sheep and dairy farming district.  The Cloud, which is actually in Staffordshire, dominates the village and is the penultimate peak of the Pennine chain.

Bosley Works, which is a large sprawling establishment at the foot of the Cloud, was originally built on the orders of Charles Roe as a copper rolling and hammering works, together with 19 cottages for the workers. With the help of James Brindley, he harnessed the power of the River Dane.  The works were later converted into two cotton mills and around 1860 they were occupied by three corn millers and a silk throwster, but from the early 1920s to the present time it has been and still is a very busy wood flour treatment works employing around 120 people.

The church of St Mary is a small edifice with nave and chancel and is built of brick, except the tower which is of stone, low and embattled, and which belonged to a former church built around 1300.  This was destroyed by fire and was rebuilt in 1777.  The tower contains six bells, the first having been installed in 1756 before the fire.  When the church was rebuilt the font went missing and was not seen again for 70 years, when it turned up in a local farmyard where it had been used as a pig trough.  It was returned to its rightful place in 1848. 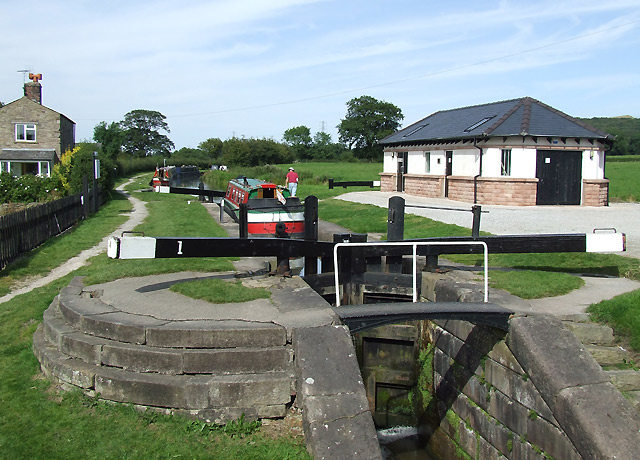 The Methodist church in Tunstall Road was built in 1885 and replaced the Wesleyan chapel which had stood at Bosley Works since 1832.  Higher up from the chapel is Key Green Farm where recent alterations uncovered old beams, wattle walls and a fireplace with the date 1610 and the initials RB and IB engraved in the sandstone.  These are reputed to be the initials of members of the Broster family, who originally came to Bosley after crossing from France with William the Conqueror.  Their name in those days was Brostirre, and descendants of the family still reside elsewhere in the village.

Bosley reservoir, built by Messrs Tredwell in 1832, is a fine stretch of water covering upwards of 120 acres.  It supports abundant wildlife and was built as a feeder to the Maccesfield Canal, which was engineered by Thomas Telford and which opened in 1831.  Canal users are only too familiar with the twelve locks which have to be traversed on this stretch of the canal.

Unfortunately the Bosley Sports are no longer held, the last sports day being in August 1982, but the tug-of-war team is still going strong having had recent successes both at home and abroad.  The village also still holds its annual Rose Queen festival, usually on the third Saturday in June when all the villagers turn out together with neighbouring Rose Queens, to give their support, a custom which has been maintained since the 1950s.

There is a small general store selling a small selection of day to day items.