Gawsworth is a pretty village to the South West of Macclesfield, located between Macclesfield and Congleton along the A536.  The parish of Gawsworth is set in a beautiful part of Cheshire, between the hills at the Eastern edge of the county and the flat land of the Cheshire Plain.  It is named as Goursourde in the Domesday survey of 1086, and it is thought there was a settlement here in Neolithic times. 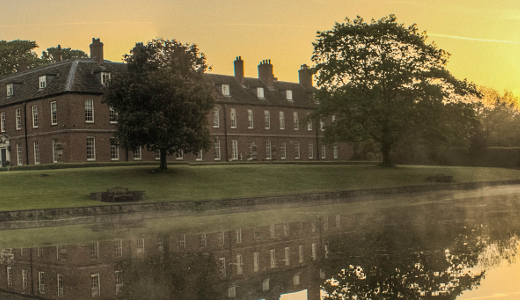 The Hall and Church are probably on the site of an old wooden chapel and stone manor house where the de Orreby family lived when they were granted the manor of Gawsworth for ‘one caparisoned horse’.  The Fittons who owned the manor for 400 years, rebuilt the Hall, the church and the old rectory, and landscaped the surrounding area as a large park covering several square miles; four of the original five fishponds still remain.  The area immediately round the Hall is surrounded by a long wall dating from Tudor Times and includes a medieval tilting ground.  Recent excavations have shown that this area may have been designed as an Elizabethan garden - perhaps in an attempt to attract Queen Elizabeth I to visit Gawsworth. Gawsworth now has a modern primary school, and a local village shop.  The parish hall and scout hut stand by a pleasant playing field with tennis courts and a children's playground. The war memorial, old water pump and market cross are on a small green which in spring is covered with snowdrops, crocus, cyclamen and miniature daffodils under oak and copper beeches.