Macclesfield is a tantalising paradox.  Strangers and even the locals would perhaps struggle to be told that they are in a town with Britain's lowest unemployment rate and which boasts a top ten position in the wealthy league.  The Times newspaper blurts; 'Some northern towns do penetrate the south dominated ... prosperity table and these include Macclesfield.' The Guardian, not to be outdone, offers us a reason; 'A power-house for the self-employed.' and The Telegraph; 'Macclesfield has become prosperous by developing ... local economies.' 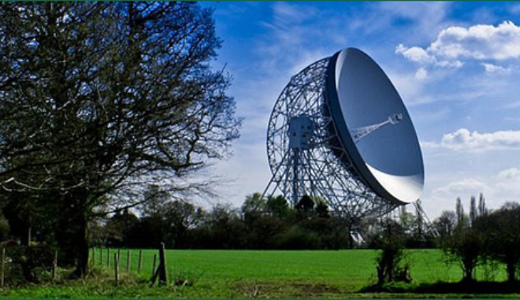 John de Macclesfield, a minister of Richard II, built a castellated mansion house in the town at the end of the fourteenth century.  The uncertainties of the Wars of the Roses gave rise to two influential families in the fifteenth and sixteenth centuries - The Leghs of Lyme Hall and the Savages of the Lord's Park, Gawsworth.  They each built chapels for their family tombs in the parish church.  The Battle of Flodden field in 1513, when the English were victorious against the Scots, cost Macclesfield its Mayor, Christopher Savage, and all his leading men.

There was a considerable amount of building and rebuilding in the town during the sixteenth century and new charters were granted by Elizabeth I in 1564 and 1595.  Macclesfield began to expand its medieval borders in the seventeenth century with new industries being introduced, such as harness-making, leather glove-making and the manufacture of silk buttons.  The fairs and market attracted buyers and sellers from a very wide area and the village expanded and developed into a country town.

Civil War broke out in England in 1642 and continued until the defeat of the King by Parliament in 1648.  Towns with growing industries were generally against the King, but Macclesfield was on the periphery of both sides' holdings and was of some strategic importance.  It was occupied by the Royalists in 1642 and taken by the Parliamentary Army in February 1643.  The monarchy was restored under Charles II in 1660 who granted a charter to the town in 1684. 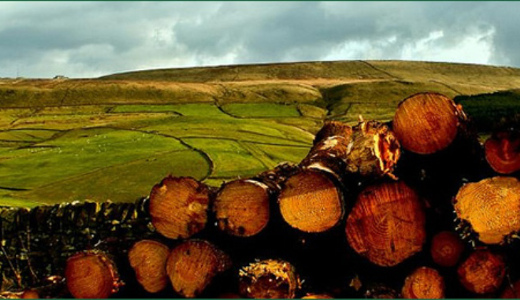 Prince Charles Edward Stuart, or Bonnie Prince Charlie, the Pretender to the Hanover throne, twice visited Macclesfield in December 1745.  He was marching from Scotland to London to lay claim to the throne on behalf of his father, James.  Their hereditary claims were stronger than that of George II, but the constitution of England did not allow Roman Catholics to occupy the throne.  An army of between six and seven thousand men occupied the town on 3rd December commandeering as many men, arms and ammunition and as much corn, hay and provisions as they could.  The army reached Derby before turning back.  Word reached the people of Macclesfield the day before the army was due and many people, including the mayor and many officials, left the town in fright.  The remaining inhabitants were plundered and robbed by the army when it returned.  The Scots stayed for three days before making their way back to Scotland and eventual defeat at Culloden.  The Duke of Cumberland, the second son of George II, stayed in Macclesfield on l0th December 1745 during his pursuit of the Scots.

Charles Roe was the most significant influence on the development of the town during the second half of the eighteenth century.  Roe had come to Macclesfield from Castleton in Derbyshire by 1742 and, in 1743-4, built the towns first silk mill, powered by water, on the corner of Mill Street and Park Green.  His copper works was established in 1758.  He funded the construction of Christ Church in 1774-5 and died in 1781 leaving a large fortune.

The fortunes of the silk industry fluctuated however.  England was at war with France intermittently throughout the eighteenth century.  French competition during the years of peace resulted in the depression of the English silk industry.  Many firms were hit particularly hard in the period following the Seven Years' War that ended in 1763.  Charles Roe had recovered all of his silk-based capital in 1760 and, by 1773, the company he founded was bankrupt.

Silk weaving and steam driven machinery were introduced to the town in the last decade of the eighteenth century.  Many of the mills and three-storey weavers garrets which can be seen throughout the town date from the end of the eighteenth and beginning of the nineteenth centuries.  The period of the Napoleonic Wars between 1793 and 1815 was a time of great expansion for the town.

This was followed by a period of acute depression and a boom in the early 1820s.  Over seventy mills had been built in the town for silk or cotton manufacture by this time.  Macclesfield became pre-eminent in silk manufacture after about 1850 when other local towns, such as Manchester and Stockport, ceased to produce silk.  Macclesfield had very little industry other than silk and had little choice but to continue its production.  Its excellence in producing silk goods resulted in the epithet "Silk Town”.

The Parliamentary Reform Act of 1832 had a particular significance for Macclesfield with the election of its first MP, John Brocklehurst, who represented a population of over 30,000.  The Previous year had seen the opening of the Macclesfield Canal, one of the last of the inland waterways which connected the town with the Trent & Mersey canal at Kidsgrove and the Peak Forest canal at Marple.  The town's first railway was opened from Manchester in 1845, with links to the Potteries four years later. 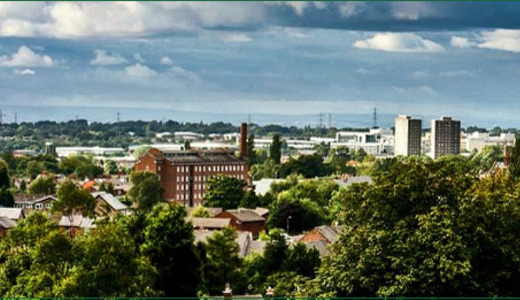 During the Second World War Macclesfield's silk industry made a huge contribution to the war effort when many mills were used for the production of parachutes, uniforms and mosquito nets.  The silk industry still survives in Macclesfield, but many mills have been demolished and those that survive are mostly used for other industry.  The nearby sites of Zeneca and Ciba-Geigy provide much employment for the town.  There has been a large increase in self-employment in recent years and over 1 in 10 of Macclesfield's inhabitants have their own businesses.

A committed effort has been made to conserve the older buildings of the town with buildings such as Charles Roe House (built in the 18th century), the Heritage Centre (1813-4), the District Bank (1881) and Paradise Street (early 19th century) being not only saved from almost certain demolition but also being renovated and put to appropriate uses.  This process is continuing with the current or proposed renovations to Christ Church (1775), 19 King Edward Street (1798) and the Macclesfield Arms (18th century).

A number of conservation areas have been designated around the town centre to safeguard the future of Macclesfield's legacy of Georgian and Victorian buildings.  The conservation areas were set up to preserve and enhance the special character of the town and have strict rules governing proposed external alterations of the buildings in them.

Macclesfield can, in the 1990s, be proud of its history and its policy of creating and maintaining a worthwhile environment for the future generations of Maxonians.

Macclesfield is a attractive bustliung town nestling in the foothills of the Peak National Park.  Macclesfield has been identified as one of Britain’s boom towns.  It has adiverse economy, is home to many hi-tech companies and financial orgaisations as well as manufacturing companies.

The borough of Macclesfield covers 202 square miles and has a population of 152,700 within the borough.

Macclesfield Information centre is based at the Town Hall, in the cente of the town and can be contacted on 01625 504114.

The information centre has details of local bus and train routes and times, clubs and societies, recreational facilities, adult education and much more.  Holiday information is on display as well as local places of interest and entertainment in the area.  Visitors are always welcome.

Macclesfield is in the fortunate position of being able to offer excellent public transport services either by bus or by train.  The local bus station provides not only a comprehensive service to all parts of the town but also further afield to local towns and cities such as Poynton, Wilmslow, Stockport and Manchester etc.  For further information the bus station can be found on Sunderland Street or please call them on 01625 617222.

Macclesfield Railway Station has the benefit of being on the main intercity line between London and Manchester.  Manchester is less than half an hour, whilst London Euston is a little over 2 hours.  There are many towns and cities which can also be accessed.  The station is well signpsted throughout Macclesfield and can be found again on Sunderland Street.  Alternatively call the national timetable network on        0345 484950.