What a curious name!  How often this comment is repeated when Port Shrigley is mentioned.  As with so many village names, its origins are uncertain and there is doubt as to whether the land-owning families brought their names with them to the settlement or took them from the locality.  A popular theory seems to be that 'Pott' comes from an old word denoting a pool (the land is still low lying and marshy to the north-west of the church) and that 'Shrigley' denotes a clearing in the woodland.

Whatever the origin of the name, Port Shrigley remains today, much as it has been throughout the centuries, a scattered, upland village on the western edge of the Pennines.

The Shrigleys were the earliest landowners of note.  In 1313 their estates passed by marriage to the Downes of Taxal, Worth and Sutton and for the next five centuries this family acted as local squires of this small outpost on the outskirts of east Cheshire.

Members of the Downes family are assumed to have been responsible for building the church over a period of time in the 14th and 15th centuries.  At first a private chapel, this later became the parish church of St Christopher.

Two of the present peal of six bells are of pre-Reformation date, and a third, perhaps the original 'Great Bell', is dated 1603 (when it was probably re-cast).  The remainder have been recently added.  There is a dedicated team of ringers.  Nonconformity in religion gained strength during the late 18th century.  In 1861 Green Close Methodist Church was built.

It is likely that education in some form has been carried out in Pott Shrigley throughout the past 500 years.  The endowments of various benefactors made this possible until the state system took over.  At the present time the building housing the church primary school is owned by the Village Hall Trust, a system of shared facilities that makes sound economic sense.

Agriculture, coal mining. stone quarrying, brick making and estate work, both outdoor and domestic, have provided employment for villagers over the years.  Farming and a variety of small-scale light industries on the site of the former brickworks are the modern day equivalent, although many residents commute.

The population has remained remarkably constant at around 350, with the exception of the mid 19th century when it peaked at 467.  New housing is strictly limited, Pott Shrigley being in the Peak District National Park. 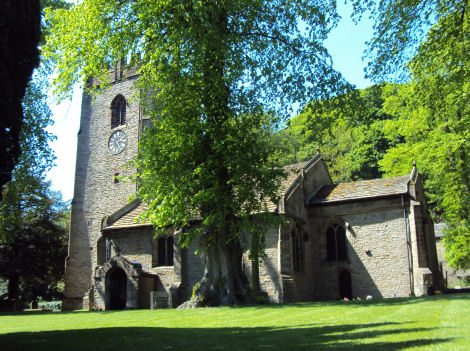